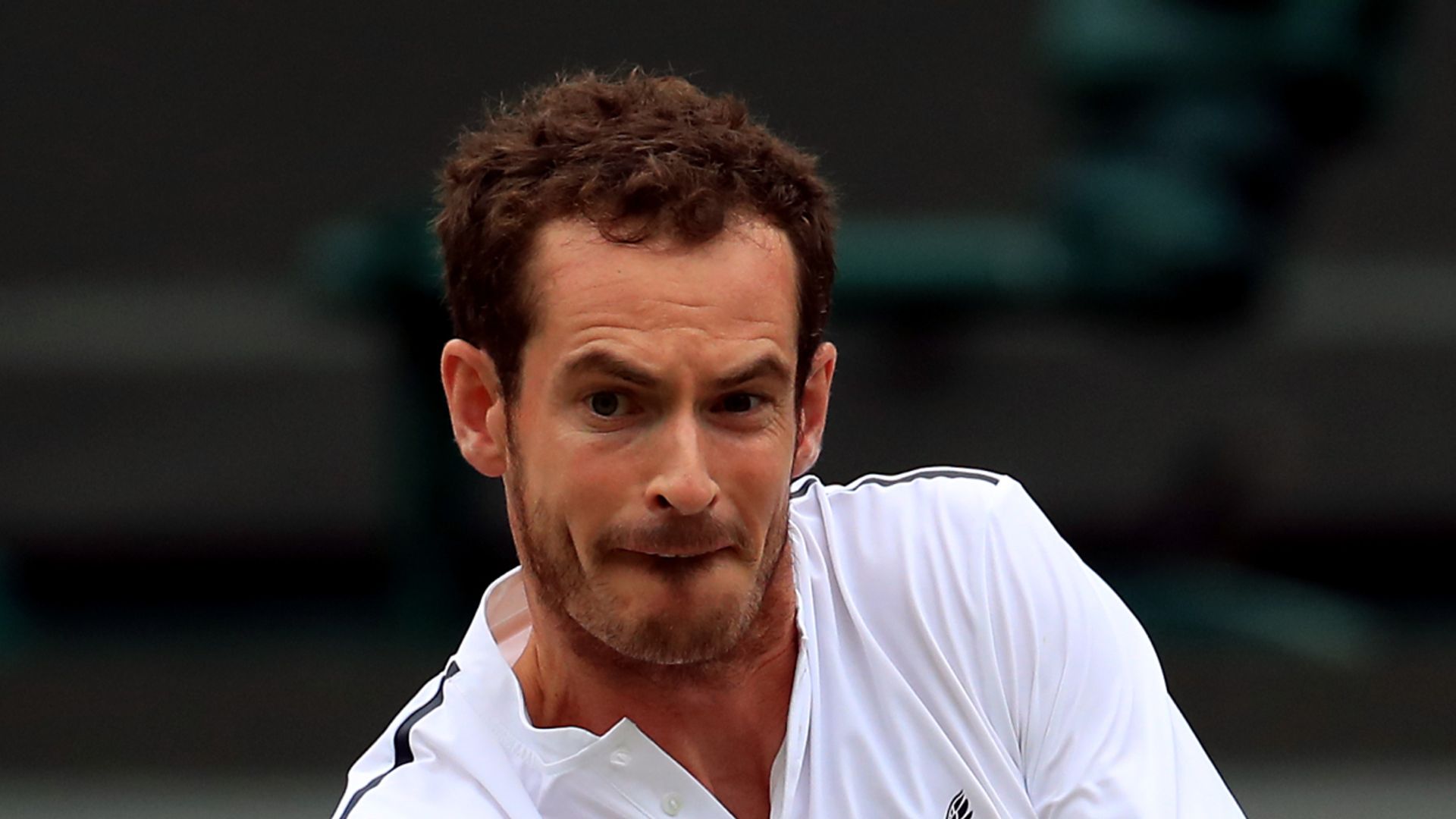 Andy Murray says COVID-19 protocols at the National Tennis Centre are to blame for the positive test that has kept him out of the Australian Open; Murray tested positive last month and was unable to fly to Australia; he has instead entered a lower-tier Challenger tournament in Italy

Andy Murray has blamed coronavirus protocols at the Lawn Tennis Association’s flagship National Tennis Centre for the positive test that forced him to miss the Australian Open.
The former world No 1 had to isolate after testing positive on January 11 and was unable to take up his seat on the charter flight organised by Tennis Australia.He still hoped a solution could be found to allow him to compete in Melbourne but accepted defeat after being told he would have to endure two weeks of hard quarantine. The 33-year-old believes he picked up the illness, which left him feeling under the weather for a couple of days, while training.Murray said: “I stuck to all of the protocols that were in place. I didn’t leave my house or the NTC for the 10 weeks of training. I was very careful because it’s not just for tennis reasons.”Murray passed the virus on to his family, with wife Kim testing positive followed by his three young children, while another member of the Scot’s wider family became very ill after also catching it. British No 1 Dan Evans also trained at the National Tennis Centre He said: “I was p***ed off that I missed the tournament and wasn’t able to go to Australia from a personal perspective but then the wider, more important point is that it’s not just about a tennis tournament when I am going back and giving the virus to all of my family and infecting them. I care about that a lot.”Murray highlighted notable differences between the environment at the NTC once it was allowed to reopen following the first lockdown and the situation after Christmas, when he felt other users of the centre were not showing the same respect for the rules as he was.The Scot’s positive test was part of a small outbreak that also took in an LTA doctor and young British player Paul Jubb.”When we went to the NTC in April last year, if there are six indoor courts, you could only practise on one, three and five,” said the three-time grand slam champion. Murray will take part in a second-tier Challenger event in Biella, Italy next week “There wasn’t any testing at that time but the gym was closed and it was restricted access. It was very different.”Whereas after Christmas you obviously have an indoor venue where they are using all six courts, there were tons of people in the gym and it was just totally different.”Restrictions have since been tightened, with more testing, the lounge closed and greater distancing.”Now it’s kind of back to what it was in April, which is good because I imagine there is less risk of any transmission and infections, but the reality is that it happened too late because there were quite a number of cases between Christmas, New Year and the players going off to Australia,” added Murray.British No 1 Dan Evans also trained extensively at the NTC and he backed up some of Murray’s complaints, particularly over the number of people using the centre.Evans said: “I think Christmas period and the New Year period maybe slackened a little bit. Obviously the doctor had Covid as well, so that coincided with I think players then getting it when she was isolating.”If I was being a bit harsh, without being rude to some players, (they) probably shouldn’t have been in there.”I was pretty nervous the last few days because obviously we knew the virus was there.”In response, the LTA stressed its approach throughout has followed advice from Public Health England.The governing body said in a statement: “As everyone knows, this virus is and has been widespread throughout the UK.”As the recent positive cases recorded in quarantine in Australia have shown, even with the strictest precautions, it is impossible to eradicate all risk of exposure, either within a single location or in the wider community.”We have consistently applied the stringent and appropriate restrictions, testing and other protocols for elite training centres in line with government guidance.”Our protocols are regularly communicated to everyone using the venue and we expect them to be adhered to in the player lounge and all other areas of the building.”It is impossible for LTA staff to police every part of the building continuously, and ultimately individuals are responsible for their own behaviour and ensuring they follow the rules to protect themselves and others.”Murray will begin his season on Monday in the much-less-celebrated surroundings of a second-tier Challenger event in Biella, Italy.The Scot is desperate to get back into action after a much-disrupted comeback from hip surgery two years ago and is feeling fit and ready following a strong training block.The sting of missing out on another grand slam tournament remains, and he feels complaints from players in quarantine in Australia did not help his cause for an exception to be made.He said: “I still am gutted about it. When I’m sitting in my hotel room here when I’m obviously healthy and fit and ready to play and compete, seeing the tournaments going on over there is tough, because I’d prepared really, really well, it had probably been the best two or three months’ training that I had done in the last few years. “Even after the positive test, it seemed like everything was going quite well. I think the carry-on from some of the players over in Australia didn’t really help my situation much.”Don’t forget to follow us on skysports.com/tennis, our Twitter account @skysportstennis & Sky Sports – on the go! Available to download now on – iPhone & iPad and Android