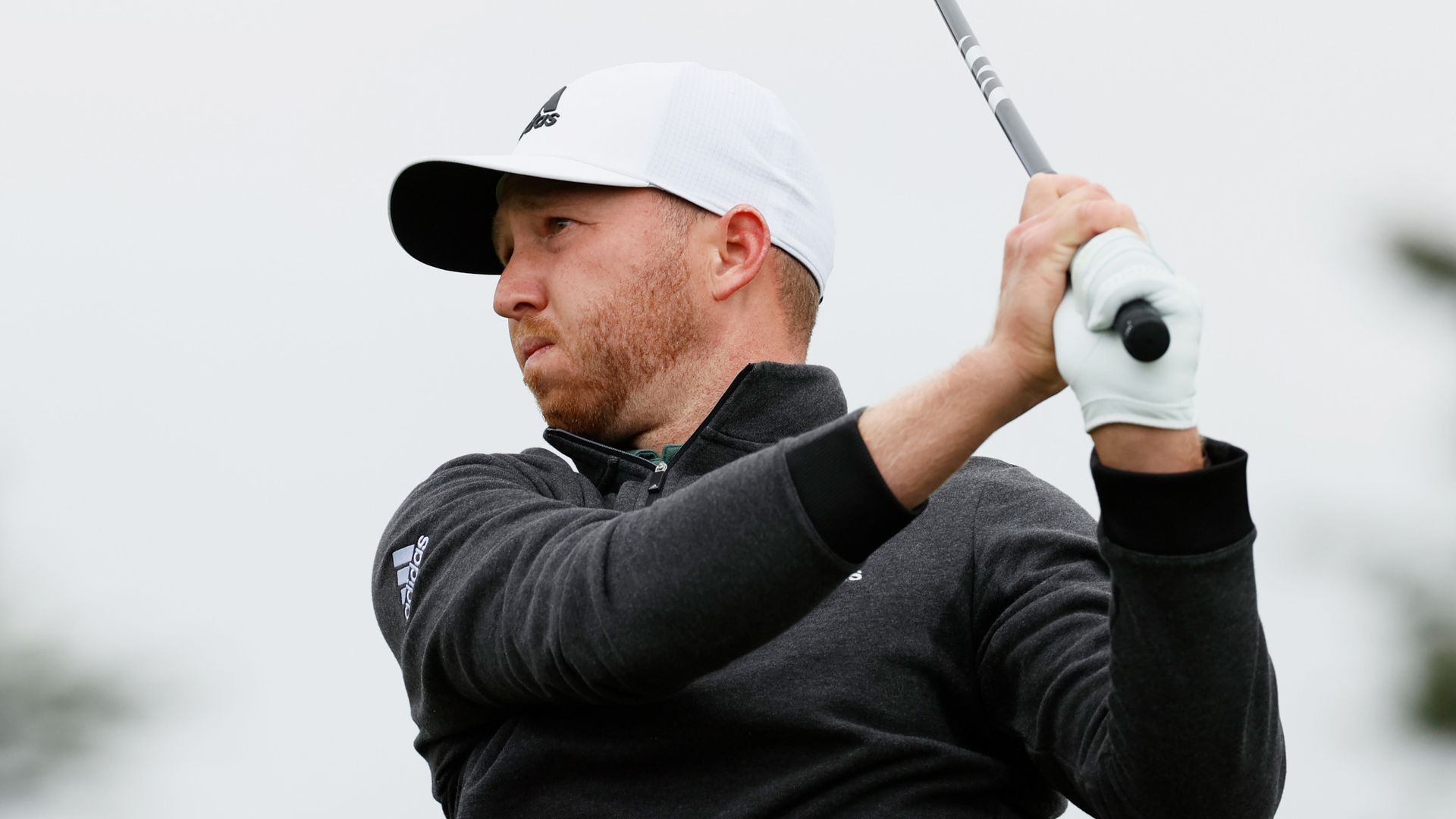 After finishing his third round with a double-bogey seven, Daniel Berger eagles the 18th at Pebble Beach with a 30-foot putt securing a two-shot victory over Maverick McNealy, with Jordan Spieth unable to hang onto his overnight lead

Daniel Berger eagled the last hole to close out a 65

Daniel Berger holed a big eagle putt on the 72nd green to land the AT&T Pebble Beach Pro-Am title as Jordan Spieth’s bid for a first win since 2017 came up short once again.
Just 24 hours after closing out his third round with a double-bogey seven after blocking his drive out of bounds, Berger arrived on the 18th tee tied for the lead with Maverick McNealy, the leader in the clubhouse at 16 under par.But Berger took full advantage of the tees being moved up for the final round as he followed a perfect drive with a 250-yard second to 30 feet, and the putt had just enough pace to reach its destination as he provided a grandstand finish to a seven-under 65. McNealy had to settle for second place, his first top-10 since August, with Spieth finishing tied for third having taken a two-shot lead into the final round, while Nate Lashley was left to count the cost of a four-putt from four feet on the 16th green when he was tied for the lead on the tee.Full report to follow …